Below is a series of articles about Magic The Gathering with focus on the format called "Old School Magic 93/94". The format is a closed format only focussing on the first years after MTG was released in 1993 with the Alpha and Beta core series.  Click on the pictures of the articles to open PDF files.

The Author Allan Linderup Smed started playing MTG in 1994 and played non-stop all the way towards the release of the Invasion block in 2001, where he left MTG to focus solely on board gaming and fantasy role playing games. He returned to MTG in 2015 playing Pre-modern and the popular format Commander.  But it didn't give the same old feeling and satisfaction as the previous experience with MTG. It was then he became aware of the Danish Old School community and was invited into it, in a first encounter by attending the Danish Long Island Cup event. Since then there has been no looking back and sole focus has been on the MTG 93/94 Old school format and growing his old school card collection back to the former days of grandeur.
He is driven by making this format more known and accessible for new players as well as MTG players only familiar with the newer formats and cards. The goal is to support growing the community and to show what an extraordinary and different playing experience Old School Magic can give players and how formidable the format and community is. 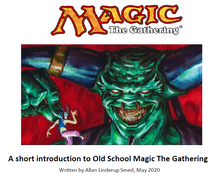 "MUST HAVE CARDS TO START YOUR OLD SCHOOL MTG COLLECTION" 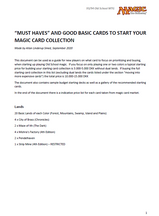 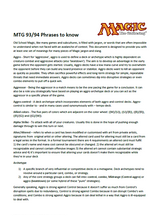 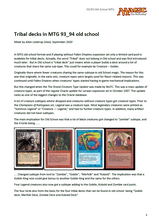 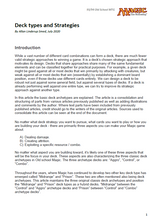 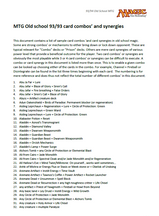 "HOW MANY LANDS DO YOU NEED?" 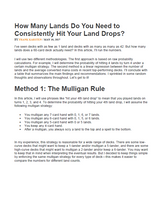