A fellow old school player and long time friend of LIC named Anders (also known as Gandalf) runs a Youtube Channel where he posts video recordings of several Danish Oldschool tournament matches. Each video and match are commented by Anders himself and deck pictures are also presented and evaluated.

While a lot of the videos are focussing on how Anders own deck called "Composition A" plays out in various tournaments, there are also many videos covering interesting maches between some of the most commonly played deck types in the Danish MTG old school format.

The site is a great place to learn about how the most common decktypes in oldschool plays out and there are lots of great insights provided by Anders. 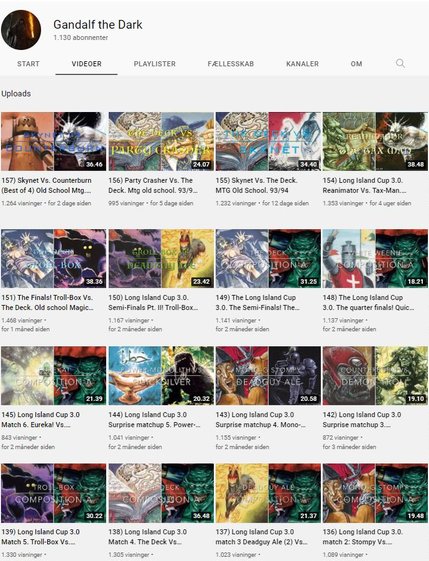