"Old School Magic" is a closed format only focussing on the first two years (1993/1994) after MTG was released in 1993 with the Alpha and Beta core series.

This is also the format that captures the essence of Magic in the earliset days as Richard Garfield envisioned it.

Within the Oldschool format there are different global tournaments that apply slightly different banned and restricted lists. You can se an overviw of the differences below. 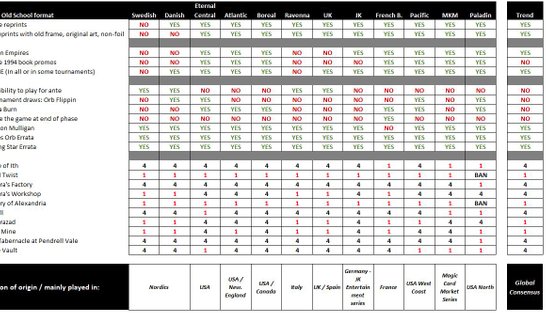